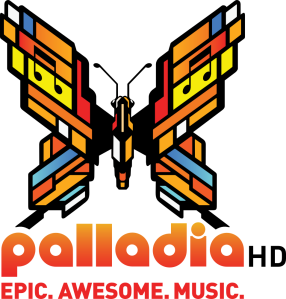 Maybe everyone has heard of Palladia and I’m just seriously late to the party. It’s happened before. But since it’s new to me, I had to share.

I “discovered” Palladia few months ago. It’s an HD channel grouped with MTV AND VH1 in the channel listing in my cable system. As we all know, MTV and VH1 stopped caring about music a long time ago, so I’m ecstatic that Palladia exists.

All those MTV Unplugged and VH1 Storytellers episodes? They’ve found a home on Palladia.* Since I figured out the channel was there and what it was, I’ve watched concerts featuring Lady Gaga, Adele, Usher, Sara Bareilles, Kanye West, and Cee-lo Green. And those are just the ones that immediately popped into my head. There are more.

I watched a documentary chronicling the lead-up to the release of Beyonce’s latest album 4. It was fascinating to watch if only to hear her talk about why she decided to relieve her father of his managerial duties. She said she wanted to gain more control over her career. Is that spin? I’m sure to a certain extent it is, but as Beyonce is very private and doesn’t publicly address issues like this often, it was nice to get an explanation directly from her.

A few weeks ago, I watched Madonna’s Truth or Dare. Although it’s twenty years old, I’d never seen it. I was fascinated.

Madonna seems remarkably unaffected by her fame. I kept wondering if she did a sequel today would she still come across that way. She did a show in Michigan and said she loved being home, which is funny because she basically makes England home now and people make fun of her for faking a British accent.

Also, I loved how she said she found it weird that celebrities assumed a level of friendship with her and other celebrities just because they happened to be famous.

Anywho, I make it a point to stop by Palladia to see what they’re showing when I’m channel surfing. For those who don’t care about the pop and R&B scene, they show a lot of other stuff like country, classic rock (there was a ZZ Top concert on a few days ago), and indie rock music. I’m not into bands like Mumford & Sons, but if you are, know Palladia isn’t ignoring them.

And they show videos, too. As someone who was raised on BET, this makes my heart happy.

Basically, Palladia has something for everybody. Yay for its existence! It’s totally epic and awesome.

*Funny enough when I went to Palladia’s website, I saw that it was owned by MTV and VH1. Guess that explains why the channel has the rights to air all those old concerts. And maybe why MTV and VH1 are fine with airing so little music these days.

1. In the grand tradition of Hollywood not being able to come up with any new ideas, apparently there are two new Snow Whites being filmed. Let the death match begin. Comic-Con was the perfect place to release photos from the Kristen Stewart/Charlize Theron version. Of course, that was two WHOLE days after photos from the Lily Collins/Julia Roberts version were released.

OK, I’ll be nice and say the two movies really do look and sound different. Only time will tell if that’s true and which version is better.

2. I’ve been listening to Adele’s 21 A LOT the past few months. Yesterday, I stumbled across a track by track explanation of the CD Adele does on her website. Very cool to watch. Be warned though. Adele has a potty mouth.

3. Yankees’ player, Curtis Granderson, who is black, says he’s concerned that he doesn’t see many black faces in the crowd at games. ESPN writer LZ Granderson doesn’t think MLB has a problem. Yes, there are fewer blacks, but there are a lot of Hispanic and Asian players adding to the diversity of players.

My quick take: I agree with Curtis. All sports want to attract the best athletes and compete with each other to do so. If fewer blacks grow up watching the sport, then fewer will choose the sport to play, including the world’s best athletes. Those fantastic athletes will choose football or basketball or soccer or whatever instead. Baseball misses out. There’s no guarantee that they would choose baseball over football, but how can they ever get to that place of deciding whether or not baseball is their first choice if baseball never enters the equation?

4. One of my old bosses sent me an invitation to join his Fantasy Football League. I’ve never done it because my stomach turns at the prospect of having to cheer on a hated Giant or Eagle. Gross. BUT for those who do like to partake, here’s a Draft Day Manifesto that should help you assemble the best team possible.